HOW WE SUPPORT PLANT BREEDING WITH VALUABLE GENETIC DATA 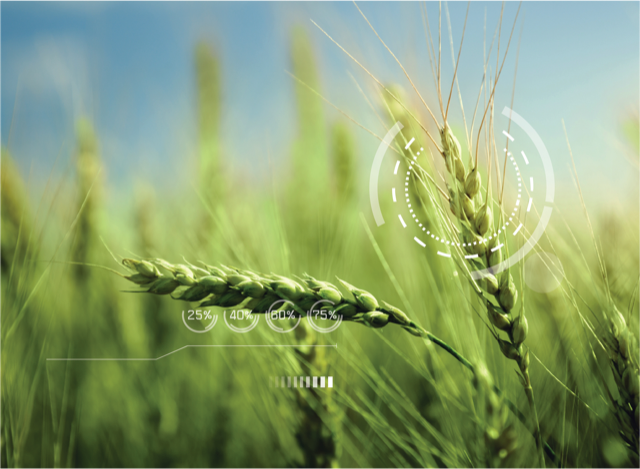 Plant breeding is more of an art than an engineering process. Who can replace the judging eye of an experienced breeder and identify the next winning variety? Yet all breeders recognize the indispensable value of DNA markers for early selection of plants harboring key traits such as disease resistance.

When we established NRGene 10 years ago, our vision was (and still is) to provide breeders with more valuable information on a wider range of traits, including mega traits such as yield and quality, revealed from DNA data.

As yield and quality are affected by multiple genes, a whole genome survey is required to identify beneficial genetic combinations. An accurate whole-genome survey requires detailed and complete genome maps. However, for most crop plants 10 years ago, genome maps (also known as reference genomes) were incomplete, fragmented or even lacking altogether. Thus, NRGene started decoding plant genomes with our own proprietary artificial intelligence (AI) algorithm. It was an excellent decision, and in only three years, we delivered to our commercial customers and academic collaborators over 500 crop plant genomes at an unmatched quality.

Many of those genomes were published in leading scientific journals, including the first ever bread wheat genome NRGene assembled for the International Wheat Genome Sequencing Consortium (IWGSC) in early 2016. Since then, hundreds of new traits have been discovered in wheat using our reference genome sequences, giving a major boost to the global wheat breeding

Next, we design an optimal DNA test (also known as genotyping tools). Our DNA tests are composed of a defined set of single-nucleotide polymorphisms (SNPs), which is the most common genotyping method used at present. These DNA tests are tailor-made for each breeding program and can reveal the broadest genomic information from each generated plant at a low cost.

For less than US$10 per plant, whole genome DNA tests can now be carried out for most crops to reveal their full genomic makeup. This enables breeders to pre-select the best plant progenies based on multiple characteristics before their field evaluation, saving significantly on breeding budgets and shortening the time to market for new, more productive seed varieties.

Our latest genotyping solution was announced recently, named SNPer, and highlights our cost reductions efforts. We can now save breeding entities up to 70% of their genotyping costs because we can reduce the amount of tested data to the absolute required minimum and yet provide greater useful genetic information.

Previous Blog:
CANNABIS-MICROBIOME: NOT ONLY PATHOGENS! Next Blog:
BREEDING FOR PROTEIN
Back to blog