CANNABIS: INVESTING IN THE FUTURE? AN INTERVIEW WITH RONNIE JAEGERMANN, BEYOND VENTURES

AN INTERVIEW WITH RONNIE JAEGERMANN, BEYOND VENTURES 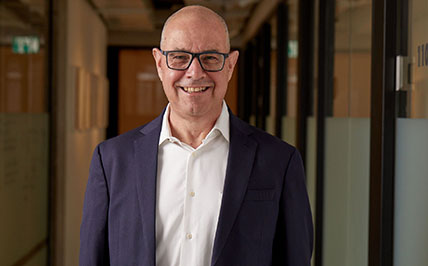 In this blog post, I diverge from discussing scientific issues at the core of our daily life at NRGene. Instead I chose to focus on funding and investments in the cannabis industry, which provide the vital finances to support research and development activities. I’ve invited Mr. Ronnie Jaegermann, Venture Partner at Beyond Ventures (Tel Aviv), to share with us his experience and insights about the present and future of cannabis markets.

Ronnie, can you tell the readers about your company?
Beyond Ventures is an advisory company that provides professional guidance and advice to Israeli startups in fundraising and strategy. This includes introducing them to foreign VCs and IPOs (Initial Public Offerings) in Canadian capital markets, where we are particularly active. In 2019 alone, we issued completed public offerings of 3 Israeli tech companies and are currently in the process of listing in Canada several other Israeli technology companies.

Why is the Canadian market suitable for Israeli companies?
In Canada there are two main stock markets. The Toronto Stock Exchange (TSX) is one of the nine biggest stock markets worldwide, with The TSX Venture Exchange CAD$ where emerging companies can raise funds with relatively simple regulations. The Canadian Securities Exchange (CSE) is a private exchange that has been responsible for a big chunk of cannabis fundraising. To date, around CAD$24 billion was raised in Canada for the cannabis industry both from within Canada and worldwide. The Canadian market is known to like relatively high-risk stocks, which has made it easier for companies to raise money in their early stages. Aurora, Tilray, Canopy and Cronos only had licenses to grow cannabis 3-4 years ago but today are worth billions of dollars with annual sales in the hundreds of millions of dollars. Presently, there are about 170 cannabis companies trading in the Canadian capital market, which is the largest in the world in the cannabis industry. Although the Canadian market struggles with pre-sales startups, it is more receptive to more mature tech companies, thus why a number of Israeli companies issued their stocks there in the past two years.

In the US it’s impossible to issue companies with sales under $100 million. Before Brexit, London had a stock market for emerging companies and a few dozen Israeli companies traded there, but since 2017 the situation changed drastically and there are almost no new IPOs of foreign companies. Apart from Canada, the only other market that was found attractive by young companies to issue stocks and raise funds was Australia. There are over 20 Israeli early stage companies trading on the Australian market today with fundraising for companies even prior to the sales stage.

How were the Canadian cannabis stock markets affected by the Covid19 pandemic?
Like most stock markets, they dropped significantly but since mid-April we are witnessing a global recovery and in Canada as well. However, the cannabis industry in Canada received its gut punch in the last quarter of 2019 completely unrelated to the Covid19 pandemic. Cannabis companies that raised funds in 2018 delivered results in the second half of 2019 that did not match investor expectations. This was mostly related to lower sales in Canada but in some cases reflected Canadian governmental regulations. For example, companies invested in growing cannabis and manufacturing the products, but the Canadian government did not issue enough licenses to open stores to sell the legal Cannabis. This greatly hindered sales and led to illegal private marketplaces.
Ironically, during the Covid19 pandemic the consumption of cannabis products increased and thus cushioned the damage. The cannabis market has slightly recovered but it is not at the level it was nine month ago.

Do you think that the second half of 2019 was the end of the “golden era” for cannabis companies?
It’s hard to tell. Canopy at its peak traded at around $25 billion but now has a market cap of $8.3 billion, which is still good value given that this is around 25 times its sales. In general, the current stock value of cannabis companies in relation to their performance is still very good as compared to other industries. There was a bubble that burst and now we are in a different place. My opinion is that if and when the United States fully legalizes cannabis, we will see a great rebound in Canadian Cannabis stocks as they are the largest companies in the market and have the capacity to deliver to the US market as well. At this point only 11 US states and the District of Columbia have legalized cannabis with another 22 states that have legalized only medical cannabis. As long as cannabis is not legalized at the federal level, I don’t expect any significant changes in the cannabis industry.

Another country I am following closely is Germany. There are several political parties that promote cannabis legalization and will no doubt do so in the next federal election. Germany has a population of about 84 million people and is expected to become the second largest cannabis market in the world, much larger than the Canadian one. Two of the biggest Canadian cannabis companies are already present in the Germany and will gain much if full legalization takes place.

It’s very hard to make forecasts in the current situation, but I’ll be happy to hear your personal opinion on what to expect in the near future in the cannabis industry?
I think that the strong cannabis sales in the US and Canada during the COVID19 pandemic will contribute to strengthening the market. I believe in this industry, especially in the recreational segment and its legalization, and I think it’s a growing market. The money that was invested into cannabis pushed forward innovative technologies and agricultural research in the world. This opened a completely new growing industry of edibles, oils and fibers, and most of the money for it so far has come from Canada. In case of full legalization in the US, I anticipate institutional investors from both Canada and the US joining this initiative and creating a new investment wave for this industry, much greater than what we’ve experienced so far.

Ronnie, I think there is much to look forward to in this industry, thank you for sharing this information with our readers.

Previous Blog:
POWDERY MILDEW RESISTANCE: IS Next Blog:
NEW TESTING SOLUTIONS FOR
Back to blog