POWDERY MILDEW RESISTANCE: IS THERE A SINGLE GENE THAT CONFERS COMPLETE RESISTANCE? SPOILER ALERT: PROBABLY NOT. 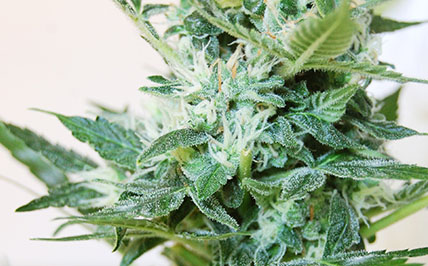 Plant pathogens infecting marijuana (Cannabis sativa L.) reduce growth and productivity of the crop by affecting all parts of the plant during growth and after harvest. In the recent years, several plant pathogens that impact cannabis and hemp growth and quality, were documented in the literature (7). These pathogens were found to occur on cannabis plants during cultivation in greenhouses and indoor controlled-environment growing facilities throughout the world, as-well-as in outdoor field environments.  Among diseases previously reported to affect cannabis and hemp inflorescences grown under field conditions or indoors, the two most prevalent reported diseases were ‘grey mold’ and ‘powdery mildew’ (PM) (3),(4).

The effect of PM is often devastating, resulting in a high percentage of unmarketable products and heavy yield reduction. PM is of special concern in the industry due to the general susceptibility of clonal material, the pathogenicity of the fungus, large seasonal spore loads, and lack of effective and approved mitigation strategies.

Only little scientific information is available about the genetic diversity of PM pathogens and genetic resistance mechanisms to these pathogens in cannabis. However in other crops, using genetic disease resistance (either naturally occurred or synthetically mutated alleles) to control PM disease incidence, is regarded as the most effective approach and has been successfully applied for a wide range of crops such as wheat, barley, tomato and pepper (10),(5). The use of crops that are genetically resistant to pathogens not only decreases the cultivation costs and chemical residues but also reduces the environmental risks caused by chemical control of plant diseases.

In other species, resistance to PM is conferred by dominant defense mechanisms that directly target the pathogen and may be encoded by a single major gene. In other cases, PM resistance was found to be determined by one or several dominantly inherited single loci. The most impressive resistance is conferred by the recessive Mildew resistance Locus O (mlo) (8). Naturally occurring or experimentally induced mutations in this locus can lead to the loss of function of the coded transmembrane protein MLO, resulting in strong broad-spectrum immunity to the fungus. The MLO gene family is encoded by a variable number of loci from which only one locus—or, in some cases, multiple loci—needs to be mutated to achieve complete immunity, meaning several MLO deletions are likely to increase resistance. The simplicity of the MLO-associated resistance has attracted multiple experimental mutagenic and gene editing projects that are currently being implemented and may confer efficient, broad-spectrum immunity/resistance to PM in cannabis.

Based on reports by commercial cultivators, inherent genetic resistance to PM exists in the cannabis gene-pool (personal communications), particularly in outdoor-grown ‘hemp’ varieties. Methodic research to test these resistance sources had not been carried out and the genetic basis or genes responsible for resistance, have not yet been elucidated. In the recent publication (2) several candidate gene families, including MLO genes, were associated with partial or quantitative resistance in cannabis, based on presence-absence (PAV) and copy number analyses (CNV), suggesting a multi locus nature for PM resistance in cannabis (2).

High throughput sequencing and advanced genomic tools are now available to generate high-resolution genetic linkage maps even in highly heterozygous species, such as cannabis. This approach allows not only to identify single-gene/single-locus effects, but also to identify multiple quantitative loci and generate genetic markers for them. These can be used to efficiently screen large numbers of progeny in a short period of time at a low cost and select for individuals containing multiple desirable alleles (QTL stacking) leading to strong long-term, durable resistance to PM in cannabis.

Previous Blog:
GENERATING VALUE FOR YOUR Next Blog:
CANNABIS: INVESTING IN THE
Back to blog